Before the start of Week 6, it kicked off with ISU Alumni weekend. To describe this weekend as ‘packed’ would be an understatement. The Saturday began with TedX ISU in the morning with many vibrant speakers that shared their ideas worth spreading including our very own SSP Director Omar Hatamleh. This was followed by the Alumni conference in the afternoon that included a Distinguished Lecture by Tidiane Ouattara titled Space in Africa, “Urbunization and Wildlife monitoring” by Yifang Ban and Career Management by Neta Vizel. The party mode then kicked in later in the evening with a scrumptious meal sponsored by Lockheed Martin held in Pioneer’s Hall at ISU Central Campus.

After dinner the tables and chairs were cleared away from Pioneer’s Hall to usher in the much-awaited Space Masquerade Ball. It was time for everyone to suit up! From satellites to astronauts to Space Gods to the famous ISU Central Campus Yuri Gagarin stand coming to life – the creativity of the costumes were splendid. On Sunday, the famous Football match between SSP19 participants vs ISU Alumni took place, and in style the Alumni earned the cup back after years!

After Alumni weekend, it was back to more department activities in Week 6. The participants in the Space Engineering Department had the opportunity to remotely drive a rover thanks to Ewan Reid from Mission Control Space Services Inc. But the fun did not stop there for the Space Engineering participants. Later in the week they also got to control mini quadcopters thanks to Giovanni Beltrame and his team from École Polytechnique de Montreal.

The Space Policy, Economy and Law department had their departmental project taking place at the hemicycle of the city hall of the eurometropolis of Strasbourg in the form of a moot court. 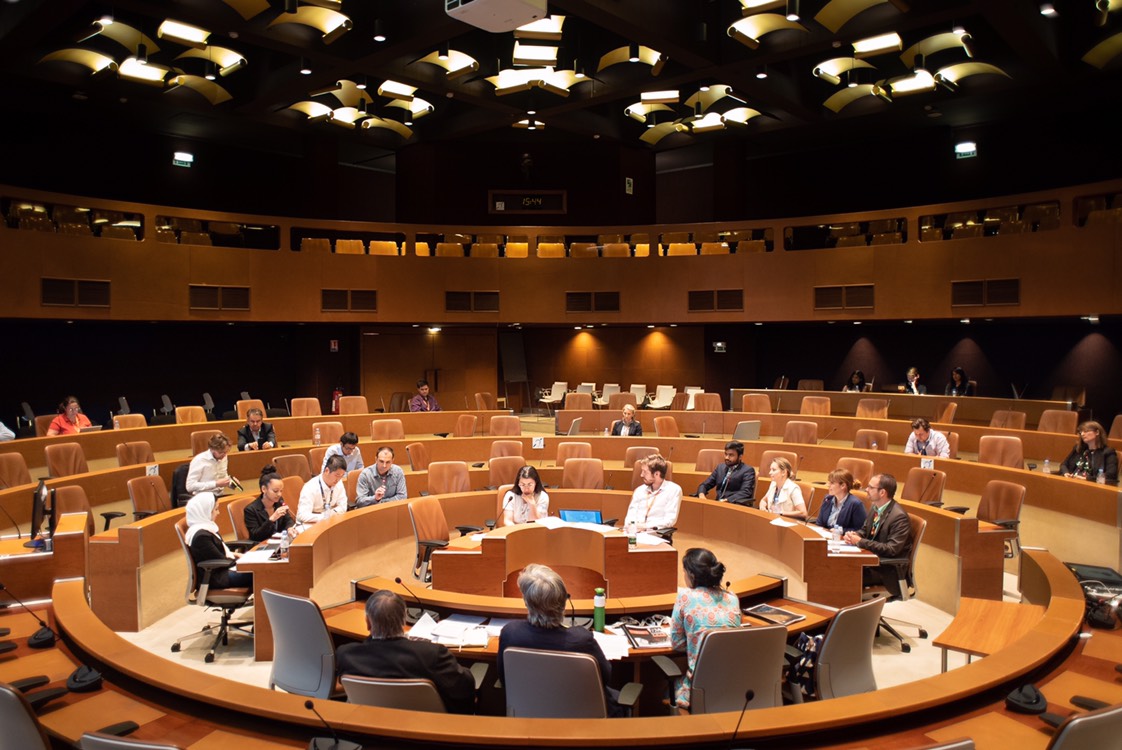 As Week 6 draws to a close and we near the end of the departmental phase, the participants are readying themselves for the final phase of SSP19 - the Team Project phase that starts in Week 7 (although they have been working very hard on their TPs since Week 1).