Week 1 has begun, the participants have arrived and it is time for SSP19 to lift-off!

On Saturday, we had our first dinner together where each of the participants had the opportunity to introduce themselves and talk about their interests and goals.

The next day,  we had a brunch in the Strasbourg City Hall where the President of the Eurometropolis of Strasbourg, Robert Herrmann, and the Vice-president, Catherine Trautman, gave the participants a warm welcome to their city. The brunch was followed by a boat trip around Strasbourg and later, back at ISU Campus, we had the General Orientation sessions to talk about intercultural skills and prepare for campus life overall. 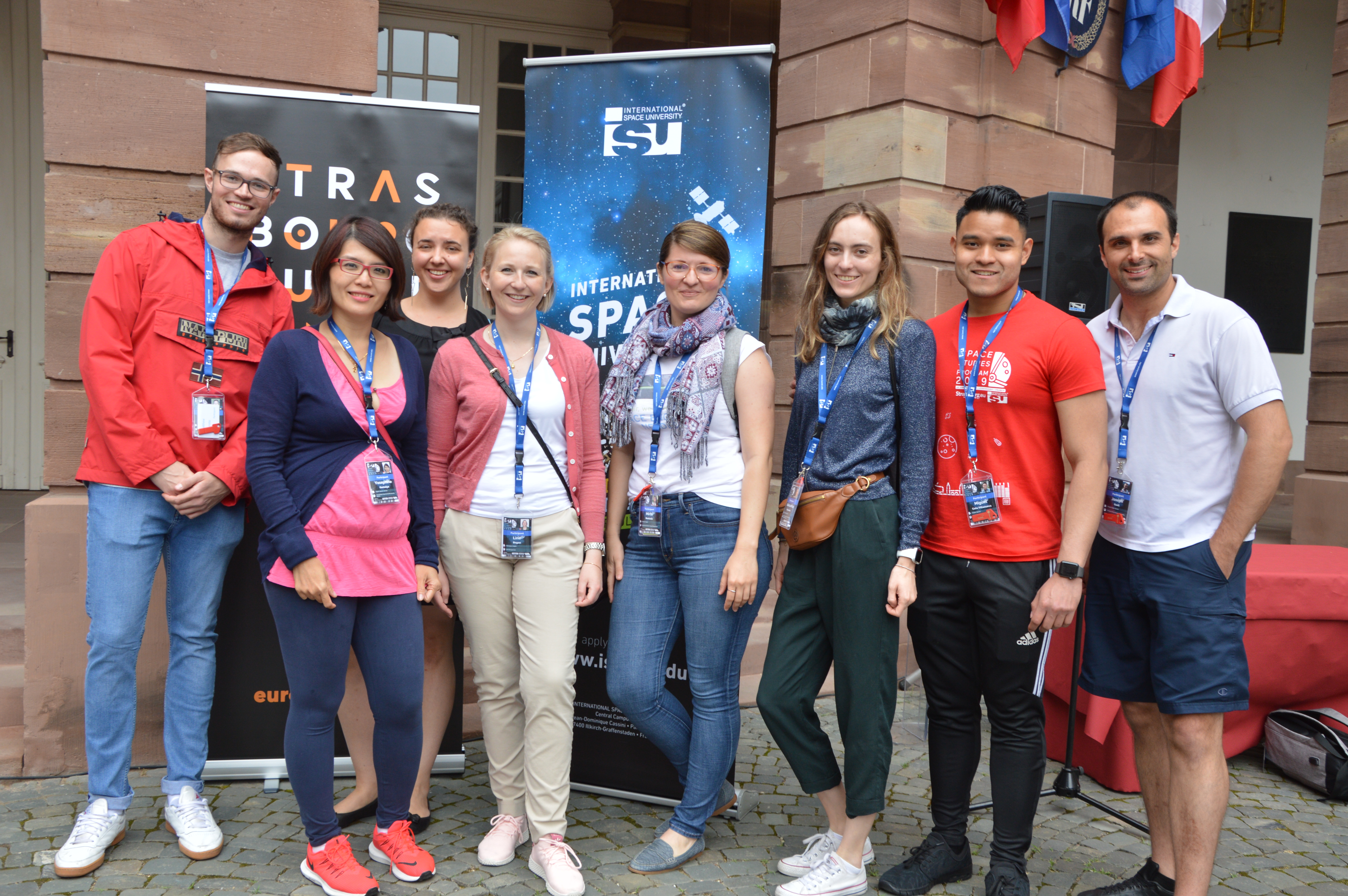 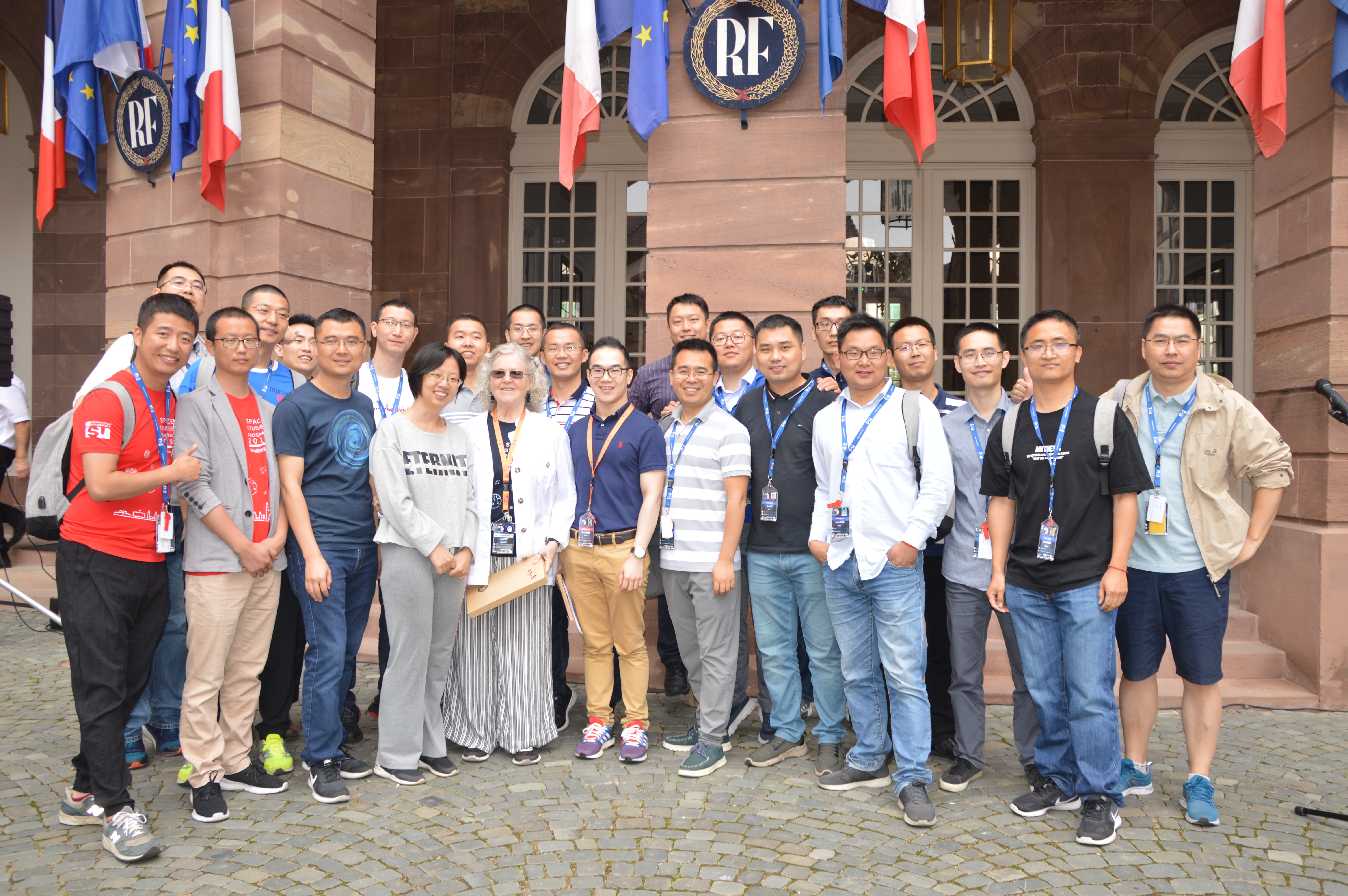 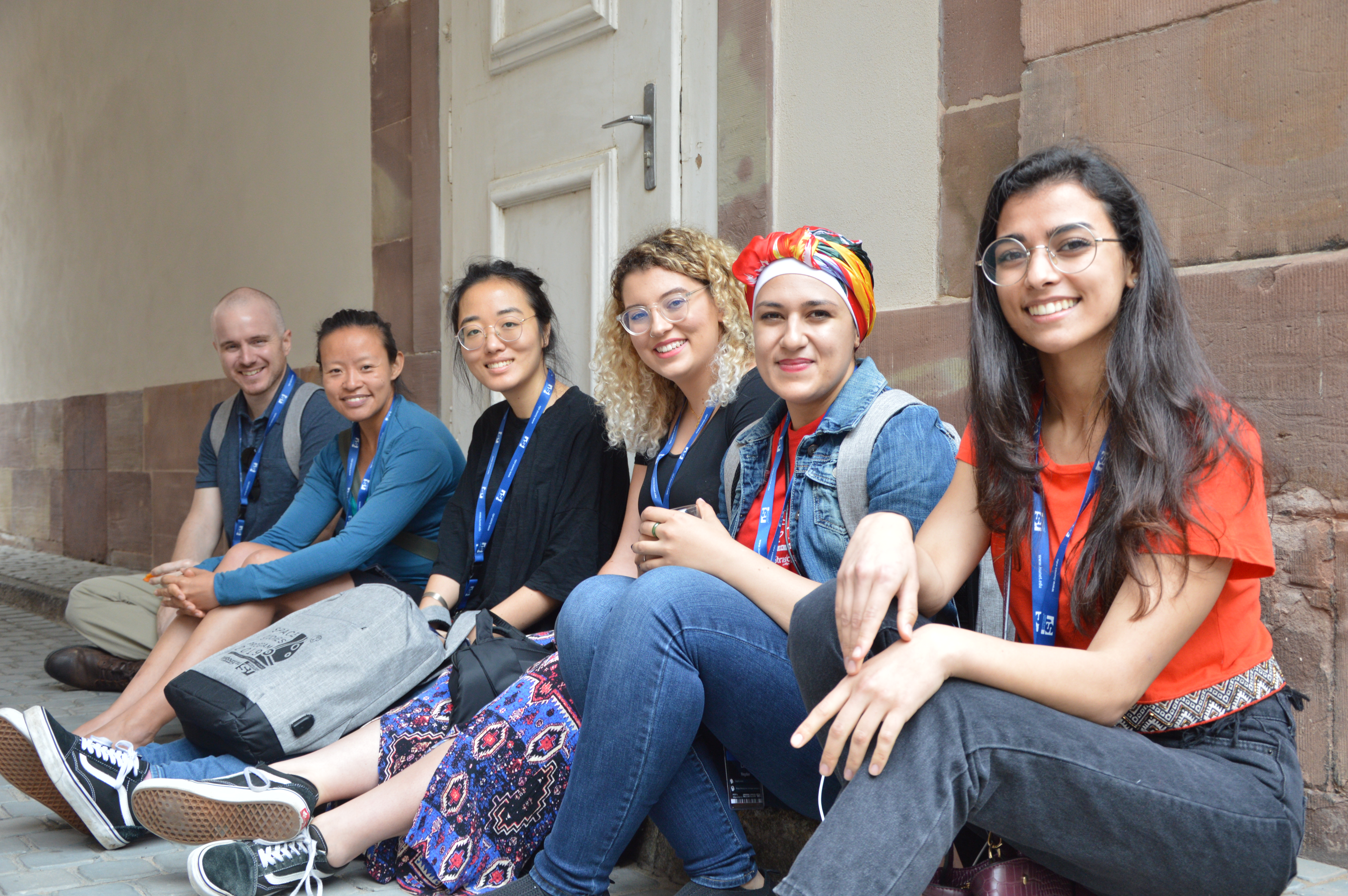 On Monday, the participants had the introduction to the program and presentations from the four Team Project Teaching Associates:

-Fast transit to Mars, a project that explores the feasibility and implications of using a 1g propulsion system to reduce travel time to Mars and the impact of microgravity effects on a crew.
-Enhancing Industrial Space Competitiveness: Global Trends and Local Positioning, a project which will propose recommendations on how to increase the integration of space into the industrial infrastructure of a region.
-Space for Urban Planning, the purpose of which is to identify valuable space resources and efficient combination of data, infrastructure and distribution networks to maximize sustainability in urban planning.
-Next Generation Space Systems: Swarms, a project that will analyse space systems based on swarms of nanosatellites for different applications.

It was time for the participants to decide which team project they will like to work with. After lunch the participants attended the opening ceremony in the European Parliament, followed by a reception on Pavilion Josephine in Parc de L’Orangerie. 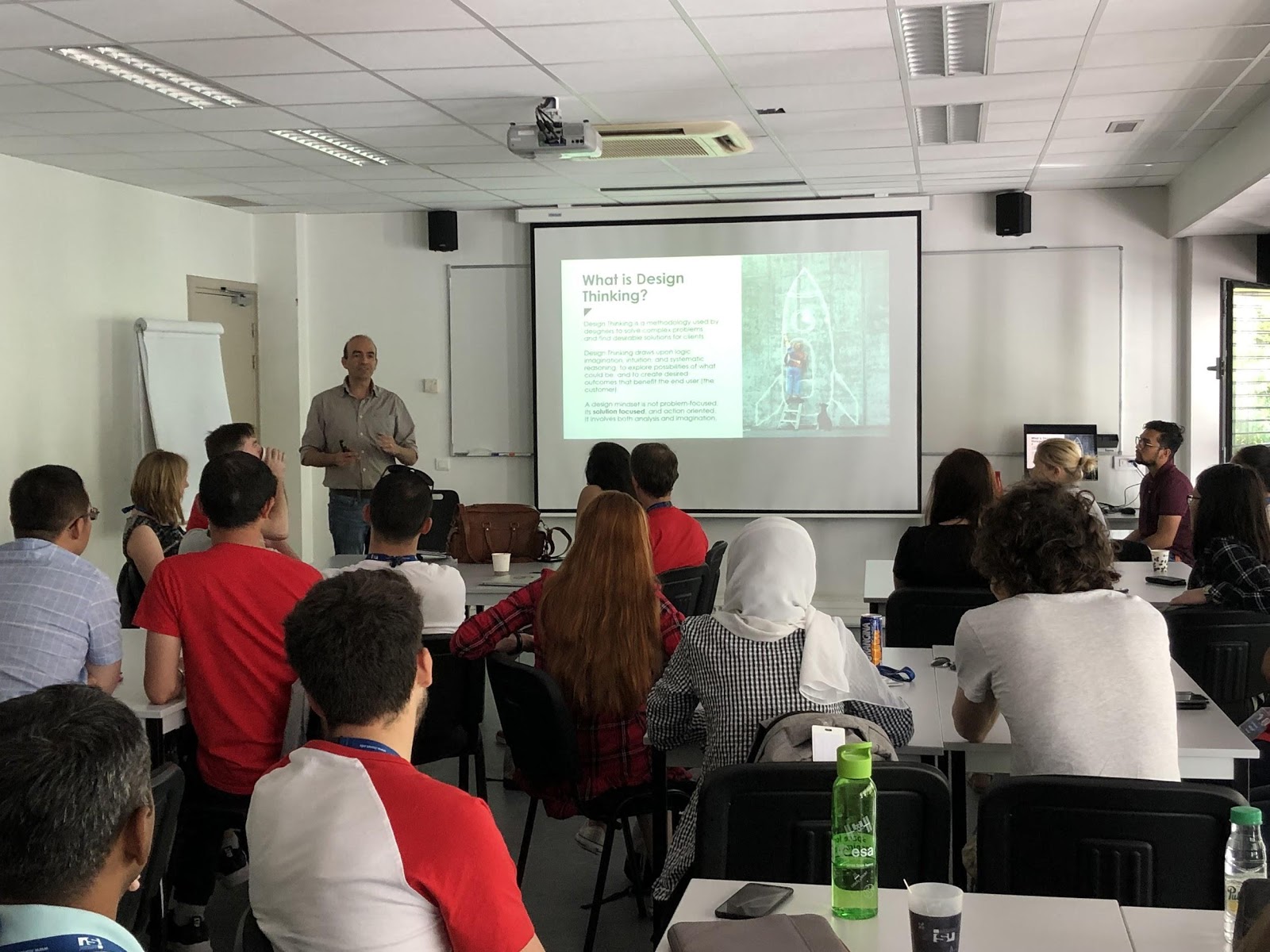 We had additional activities such as the speed networking session, the visit of the Director General of the Emirates Space Agency, Dr. Al Ahbabi, who talked about the Emirates space exploration mission to Mars set to launch in 2020, and on Thursday we had the privilege of welcoming again John M. Logsdon who gave us an insight of the lunar missions with his presentation: Once, We went to the Moon. 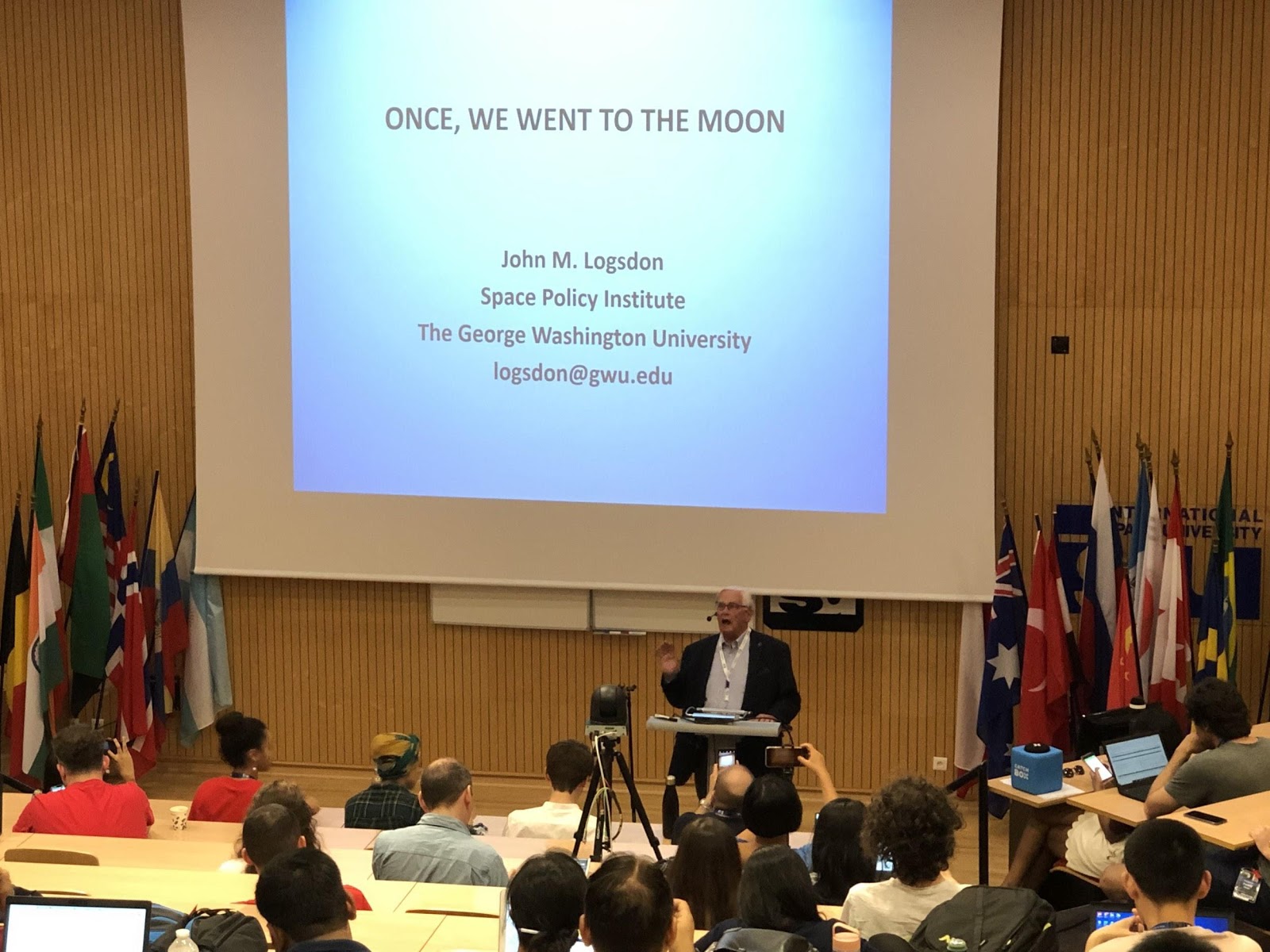 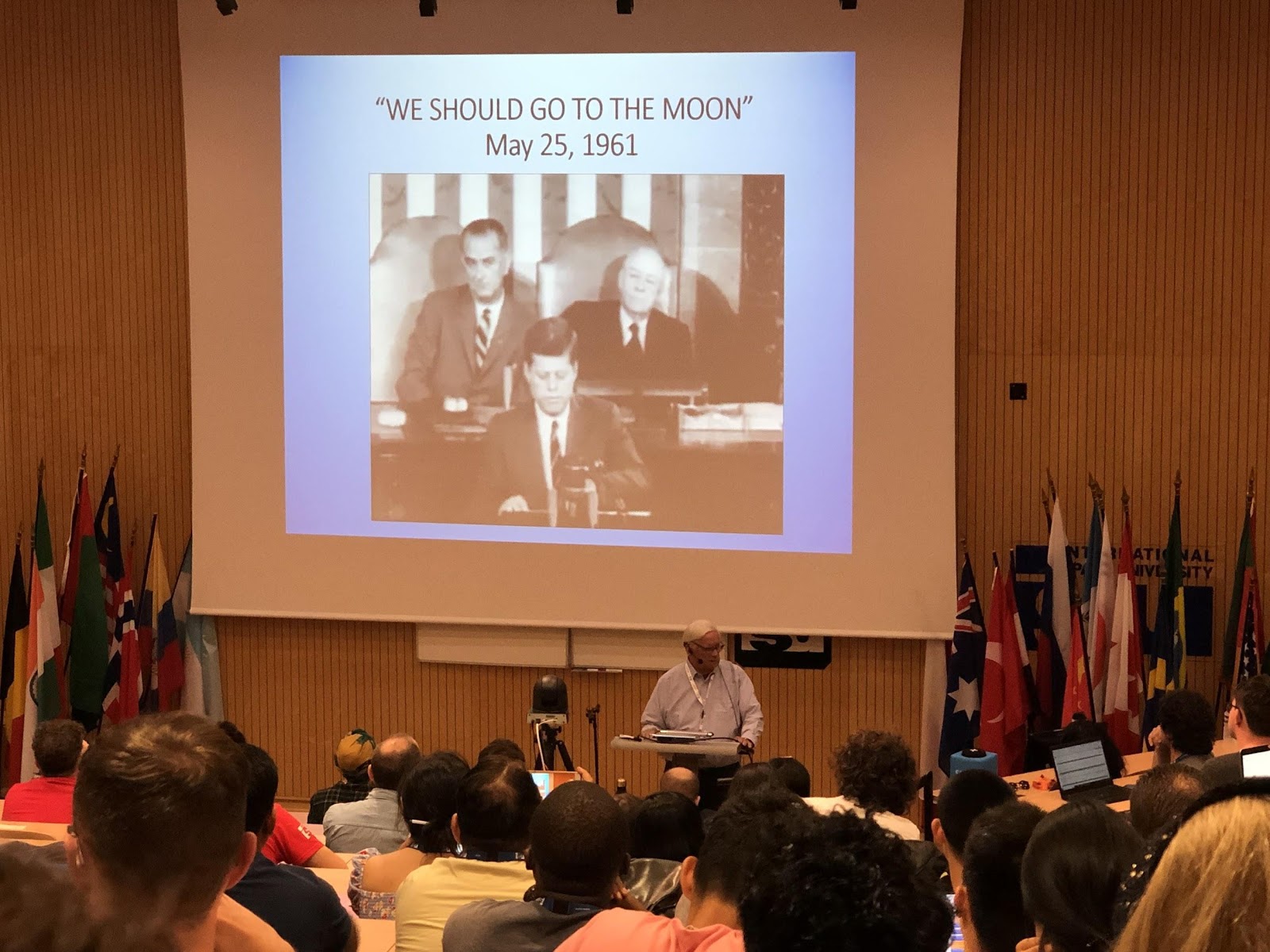 To finish the week, we will have the traditional tarte flambee followed by our first intercultural night, where participants will make presentations about their countries and will be able to share some of their traditional gastronomy.

With so many activities still to come, we go onwards to week 2!